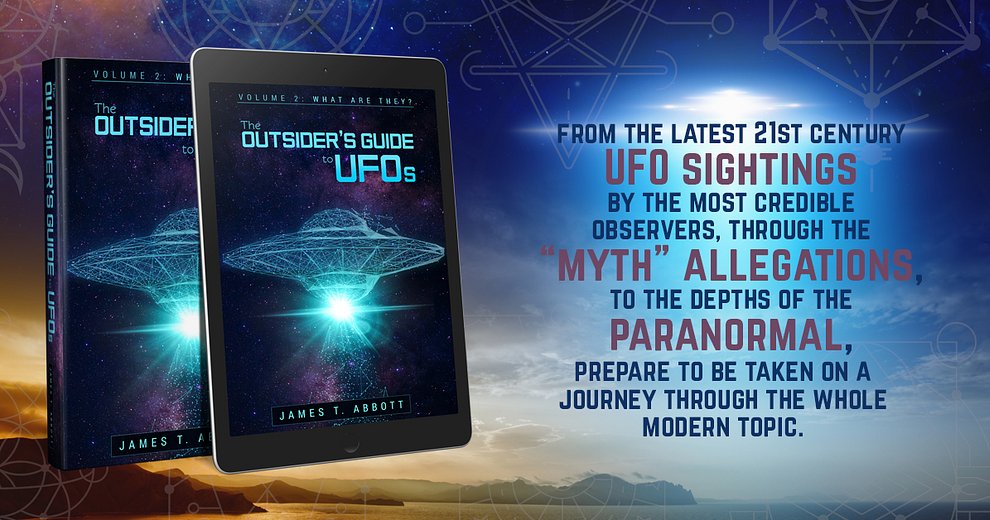 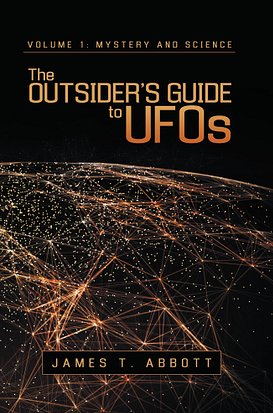 The Outsider’s Guide to UFOs

Volume 1 is for anyone for whom “the UFO thing” is enduringly fascinating but bafflingly complex.

It cuts out all the smoke and mirrors and focuses on the core questions – what are they, how long have they been around, are UFOs genuinely exotic, are they all hoaxes, or are they merely figments of the imagination?  It clarifies the background, simplifies the main questions, and presents the best evidence (and counter-evidence).

If, like the author, you are a paid-up member of the perplexed centre-ground in the UFO debate, this book is for you.

To give you a taste of what’s in Volume 1 I’ve listed the contents below together with a brief explanation of what each chapter discusses.

... cuts out all the smoke and mirrors to focus on the core questions – what are they, how long have they been around, are UFOs genuinely exotic, are they all hoaxes, or are they merely figments of the imagination?

There is a certain amount of reasonably credible evidence for UFOs having been seen well before the beginning of the nineteenth century, but what one might call the “modern era” of sightings began in the late nineteenth century and the first half of the twentieth century. The sceptics believe that these sightings were suspiciously coincident with the beginnings of the literary genre of science fiction from such authors as Jules Verne and H G Wells. World War Two saw a tremendous increase in sightings of strange objects following, or interacting with, bomber formations and military aircraft generally. More on that later.

However, the whole circus with which we have become familiar really kicked off in the years immediately following the war. As you will see later, the key initial events – that is, the most highly publicised ones – occurred in the USA in the year 1947, when the term “flying saucer” was aired for the very first time. The sceptics regard that year as a prime example of mass psychosis, a war-weary nation adjusting to peace after a very nasty conflict. The sceptics argue that the US population did this by inventing strange and wonderful objects. But the British, French, Dutch, Belgian, Italian and German populations (not to mention the Japanese among many others) had experienced considerably more death and devastation on their own soil, so why was the UFO-craze of ’47 not duplicated to the same extent in any of those nations?

The term “flying saucer” has since had a long and chequered history. Very quickly,  the subject of flying saucers, in itself pretty strange, was expanded to include visitations from other planets (George Adamski was among the first to claim to have met aliens and then over the years, to include alien autopsies, abductions, so-called “missing time” incidents,  electro-magnetic interference with vehicles and power supplies, the existence of multiple extra-terrestrial races with different agendas, infiltration of certain governments by aliens, and even the complete but secret mastery of the planet by races from other worlds.

The Outsider’s Guide to UFOs    Volume 2 - What are they?

The second volume of the highly successful Outsiders' Guide series brings the issue into the twenty-first century and takes the whole story to the next level.

The question "what are UFOs?" has become pretty urgent recently. It's reached the front-burner mainly because it is now clear that the world's most powerful nation is taking the phenomenon very seriously. The US Department of Defense has released films and sensor data from numerous recent encounters between USN and USAF fighter aircraft, as well as a certain amount of information originating in US Navy battlegroups at sea.

This evidence and the ongoing investigations into the subject have turned the UFO subject from a kooks' paradise into something that every thinking citizen should be talking about. With the Department of Defense evidence on the table, intelligent people around the world are now opening their minds to futures they never dreamt of; and are beginning to contemplate what might well be out there.

There's some humour in Volume 2 (it includes five reports sent to us by our moles with the aliens) but the core is a very serious journey from what we are pleased to call "normality" and the issue of twenty-first century sightings of strange things in the sky and in the water, to the edges of the paranormal. It also ties the UFO issue to the cutting edge of modern science - zero-point energy, quantum physics, and the scientific proof of psi powers among human beings.

Put bluntly, it blows our current perceptions of reality apart and asks some of the most profound questions facing humanity today.

As of 2019 there is absolutely no question that the UFO phenomenon exists. What we have to start to unreavel, now, is the deceptively simply question: What are they?

Volume 2 makes a good start on the possibilities and they are nothing short of stunning.

Chapter 2 The Story So Far

Chapter 11 Are these objects real?

Chapter 21 Signposts in the Desert

Part 5 What are they?

Chapter 23 What we know and don’t know

Chapter 24 What does it mean?